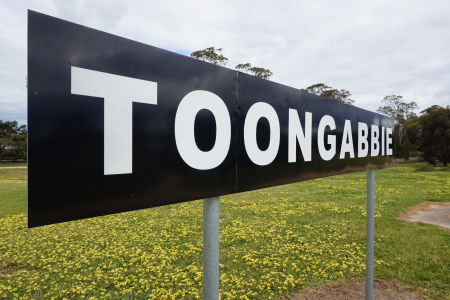 Early squatters, who made their wealth from land speculation in the colonies, established ‘pastoral runs’ moving down from Sydney and travelling from the foothills of the Great Divide as they explored the northern reaches of the central Gippsland plains in the 1840’s

At this time there were five Aboriginal clans of the Ganai people of Gippsland. One such clan was the Briakolung and there are many references to strife between new settlers and the local nomadic, indigenous residents in this area. Many of the aboriginals also found work with the pastoralists, however, it wasn’t long before mentions in the KFDB, (Kings Family Day Book) became fewer as the Ganai people succumbed to disease, massacres and the influences of the European way of life.

Disputes over the boundaries of runs were frequent in the early years before fences were erected. Physical features were initially used to delineate a boundary: a creek or river; the base of hills; a ridge; swamps; water holes; the edge of scrub or blazed trees.

In 1844 the British Law arrived in hitherto lawless Gippsland in the shape of the Commissioner for Crown Lands, Charles Tyers.

What came to be the township of Toongabbie was effectively fenced in, becoming a buffer zone 2.2 miles wide between ‘Heyfield’ and ‘Rosedale’ runs. Toongabbie fell into the north-west corner of the ‘Rosedale’ run stretching to the south-west corner of the ‘Heyfield’ run including the ‘old station’ or ‘Macfarlanes Tongaby hut’. This hut provided shelter for shepherds caring for Macfarlanes’s sheep in this isolated corner of the run. There are many references in the KFDB, written by John King, an Australian born Pastoralist and Parliamentarian, who managed the ‘Dutson’ and ‘Sale’ runs before crossing to the ‘Ridge’ property.

In July 1862 both the Gippsland Times and Gippsland Guardian made reference to ‘Towngabbie’, which suggests that Toongabbie was a station within a run after fencing was carried out by the Kings in the 1850s.

John King was born in Parramatta to the east of Sydney near the NSW town of Toongabbie and he reported in 1879 that the town got its name from its resemblance to Toongabbie in NSW.

However, from as early as 1849, three years before King took over the ‘Rosedale’ run, a survey map shows ‘Macfarlanes Tongaby hut’ is clearly marked on the current site of Toongabbie now.

Two NSW districts were given as being the sources of the name Toongabbie. The first is near Windsor on the Hawkesbury River, 25 km to the north-west of Toongabbie. Toongabbie falls within the area of the Dharuk Aboriginal language group who used the word ‘Toongabbie’. This aboriginal term refers to the locality meaning either ‘meeting of the waters’, ‘near the water’, or ‘land of the hills near the water’.

The other district in contention is 120 km to the north in the Hunter Valley, a long way from the Toongabbie near Parramatta.

It could be that the name Toongabbie was named after a district already familiar to the European settlers.

We have recently even had another version become prominent as you occasional find mention of TOONTOWN in the local regional newspaper, either deliberate or accident, along with the odd slip from locals themselves. So, in conclusion, the story of how Toongabbie was named is quite involved but it does appear to have a connection with Toongabbie in NSW. For more great reading of the entire story you can read chapter one of the book ‘Toongabbie, Gippsland. A Gateway to the Walhalla Goldfields’ by Alan Harding and Roger Ries