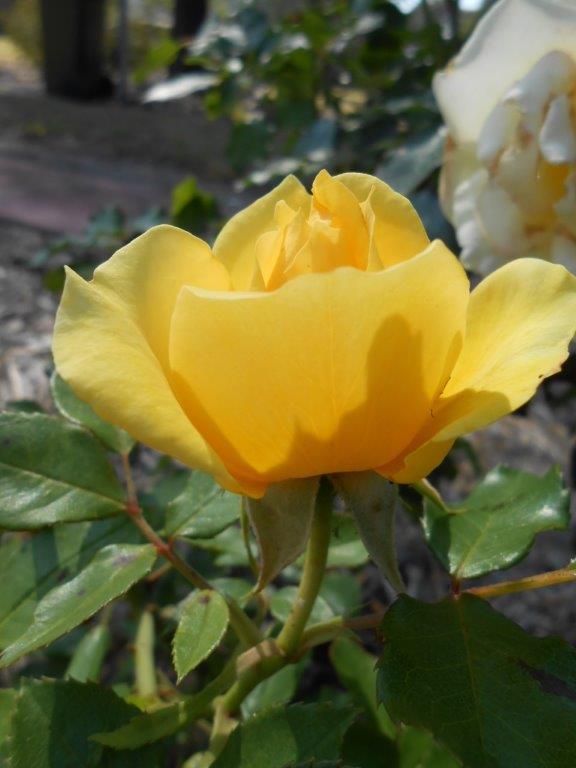 In the bygone days of old, when men eagerly responded to the lust for gold, like the rising sun at the break of dawn, a new town called Toongabbie was born.

Ned Stringer started the first gold rush, to Walhalla men carved roads through the bush, Toongabbie became the resting place, a half way station in the gold rush race.

Soon the town began to grow, with the gold rush traffic going to and fro. They got houses, hotels and shops, and even a police station for their cops.

The place had beauty beyond compare, for all who lived there – bye to share. With rolling hills and grasses green, no pretty a place could ere be seen.

The school was built and a lovely hall, quite big enough to hold them all. Two churches came upon the scene, by the hall, a place they called The Green.

A saw mill and creamery were also there, all types of farms and a planned Town Square. There was a place to hit a golf ball round, a cricket oval and a football ground.

The Pioneers strove to make this town, fit for anyone who would come around.  Night time, at long meetings, they discussed the way that they could improve it day by day.

Toongabbie had its good times come and go, bush fires, droughts, and raging floods did flow. Horses were used in those early days, to ride, or pull the plough, jinkers, carts and drays.

You could climb up a hill top to see the sun rise, and spread its glorious beams on the tree tops and skies. In spring with sunny skies and air so clean, could grow the best wild flowers that had ever been seen.

The jackasses laughed in the tall gum-trees, while the smell of the bushland wafts in the breeze. The thrush, magpie, robin and lyre-bird would sing and on Sundays you could hear the Church bell ring.

Axes rang in the hills when pulpwood cutters worked; tough men were they, no job they shirked, with caterpillar tractors and their big trucks, they worked hard those days to earn their bucks.

Many a young Toongabbie lass and son, fought overseas wars that were lost or won, served in many countries far and wide, some returned, some were wounded, and some died.

People left when the gold ran out, hardly anybody to be seen about. The station went, the school got small, hardly any children left at all.

The cream buses stopped, farmers turned to grazing, but this Toongabbie place is really amazing. It was down but it sure wasn’t out, slowly things began to turn about.

Now Toongabbie has recuperated again, with work nearby at the Mill and Loy Yang. Some farmers have stayed, new houses were built, and the school with children is full to the hilt.

It’s good to know Toongabbie didn’t die, and I’m sure the Pioneers in their graves as they lie, would have a big smile on their faces today, if they could see Toongabbie again this way.

The old halls getting repaired, the church looks like new, sporting places are back and the football too. People are working hard to make this town, as good as any country place around.

So if you want a nice country town, somewhere to plant your family root down, come to Toongabbie, this peaceful place, get aware from the cities and their rat race.

This wonderful place that so many called home, no matter how far of wide they roam, will always hold a warm spot in their heart, even if they and the town stay apart.

Although the Pioneers are now long gone, the foundations they laid still linger on. So to all new generations, each lass and laddie, be proud of the history of your town called Toongabbie.